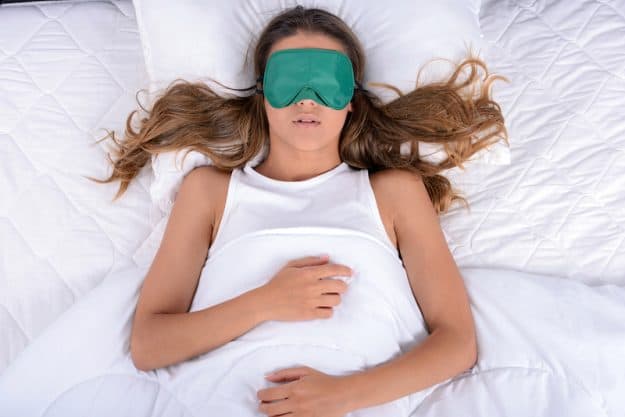 So, what is sleep paralysis and what can be done to stop it? We spoke to two leading sleep experts about the condition.

Sleep paralysis is not an uncommon condition, affecting some four out of ten men or women at any age, says Maryanne Taylor, sleep expert at thesleepworks.co.uk. ‘It’s a feeling of being conscious but unable to move either when falling asleep or upon awakening. The sensation usually lasts only a few seconds.’

Normally when people are in the dreaming Rapid Eye Movement (REM) phase of sleep, they are paralysed, which is normal, says Professor Colin Espie, a sleep expert and founder of sleepio.com. Usually, if people awaken during this time, their muscle movement returns. But in sleep paralysis, people remain paralysed, and this can cause incredible anxiety.’

‘A person is usually fully aware of what is happening during an episode but they are unable to speak, move their arms and legs, body, and head,’ says Maryanne Taylor. ‘They are able to continue breathing as normal. In addition, some people may also hallucinate during an episode or see or hear things that are not there. It can make a person feel scared and anxious both during and after an episode’.

It happens when transitioning between stages of wakefulness and sleep and may also accompany other sleep disorders such as narcolepsy, an overpowering need to sleep caused by a problem with the brain’s ability to regulate sleep,’ says Maryann Taylor. Though sleep paralysis can hit people intermittently throughout their lives, some things exacerbate it, such as sleep deprivation, sleeping on your back, inconsistent sleep schedules as well as stress and substance abuse, says Taylor.

"Why Do I Feel Exhausted During The Day, But Can’t Fall Asleep When I Go To Bed?"

We fall asleep when we feel tired at night, right? Not necessarily. For a significant number of people, getting into bed can trigger a host of anxieties around sleep. Get advice on how to encourage better sleep with our useful guide.